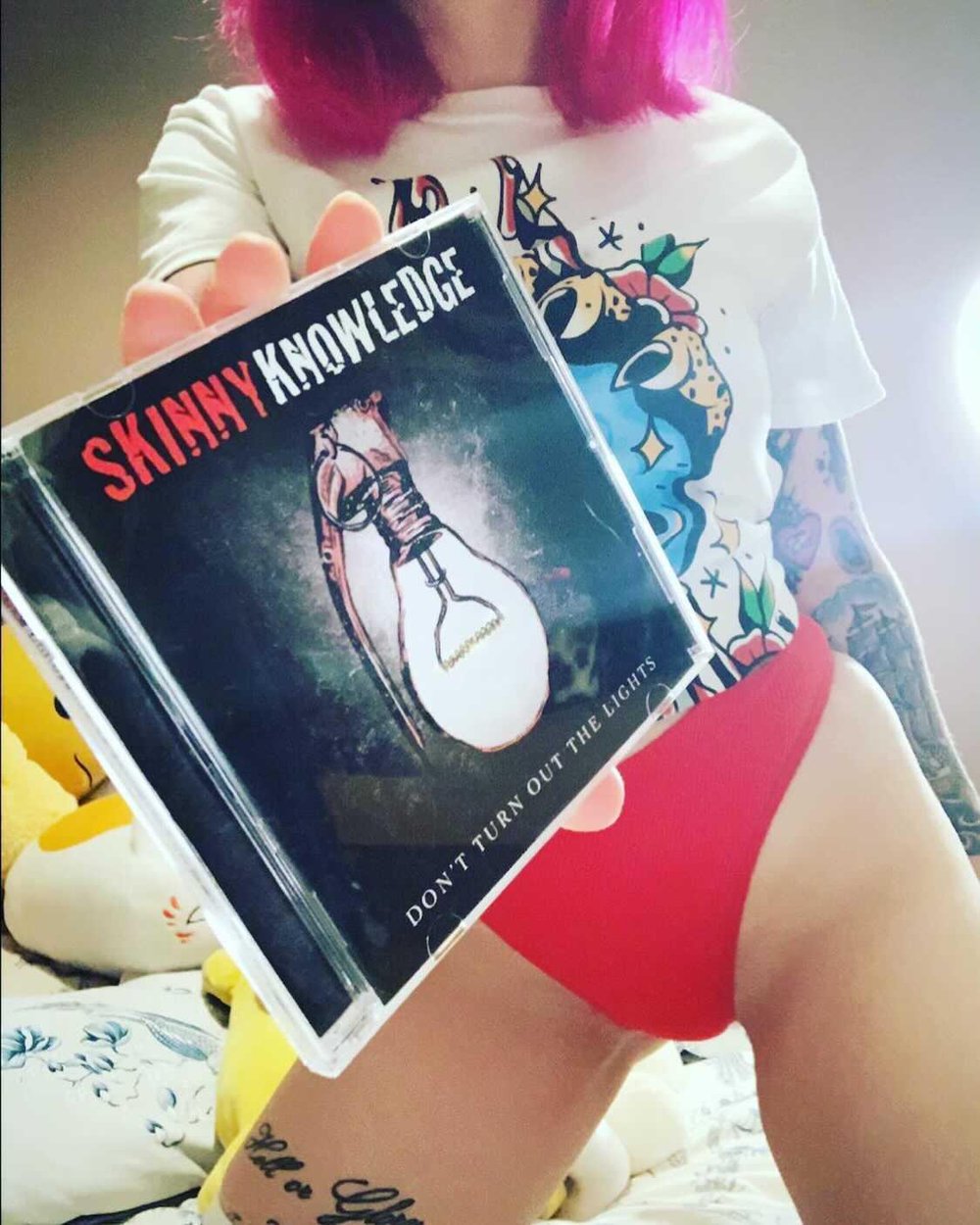 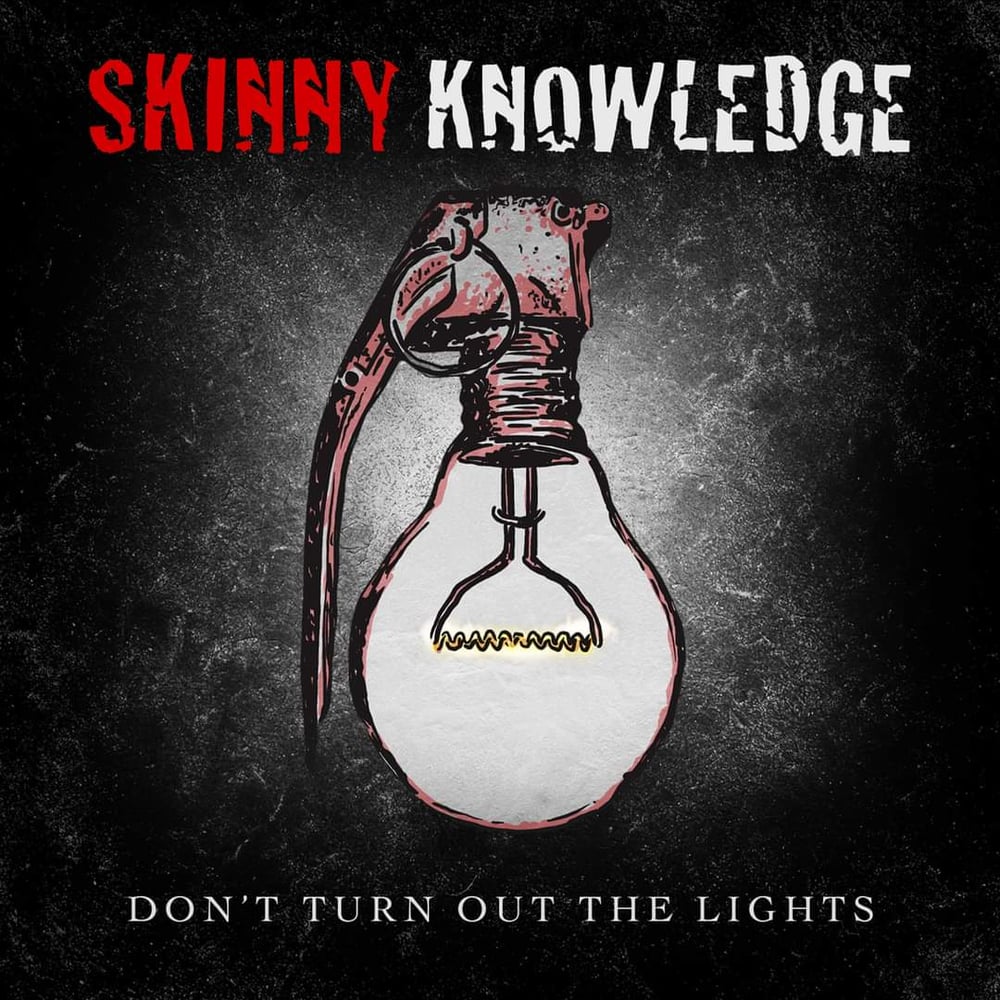 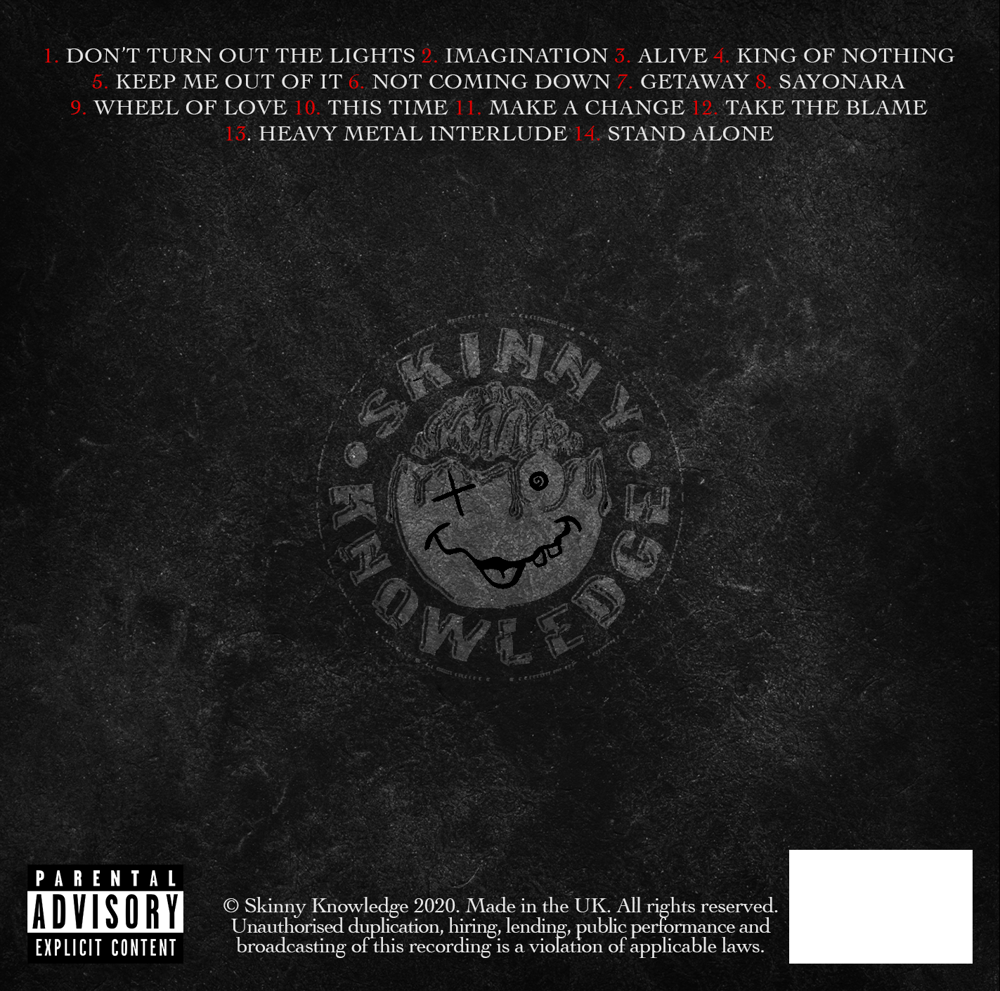 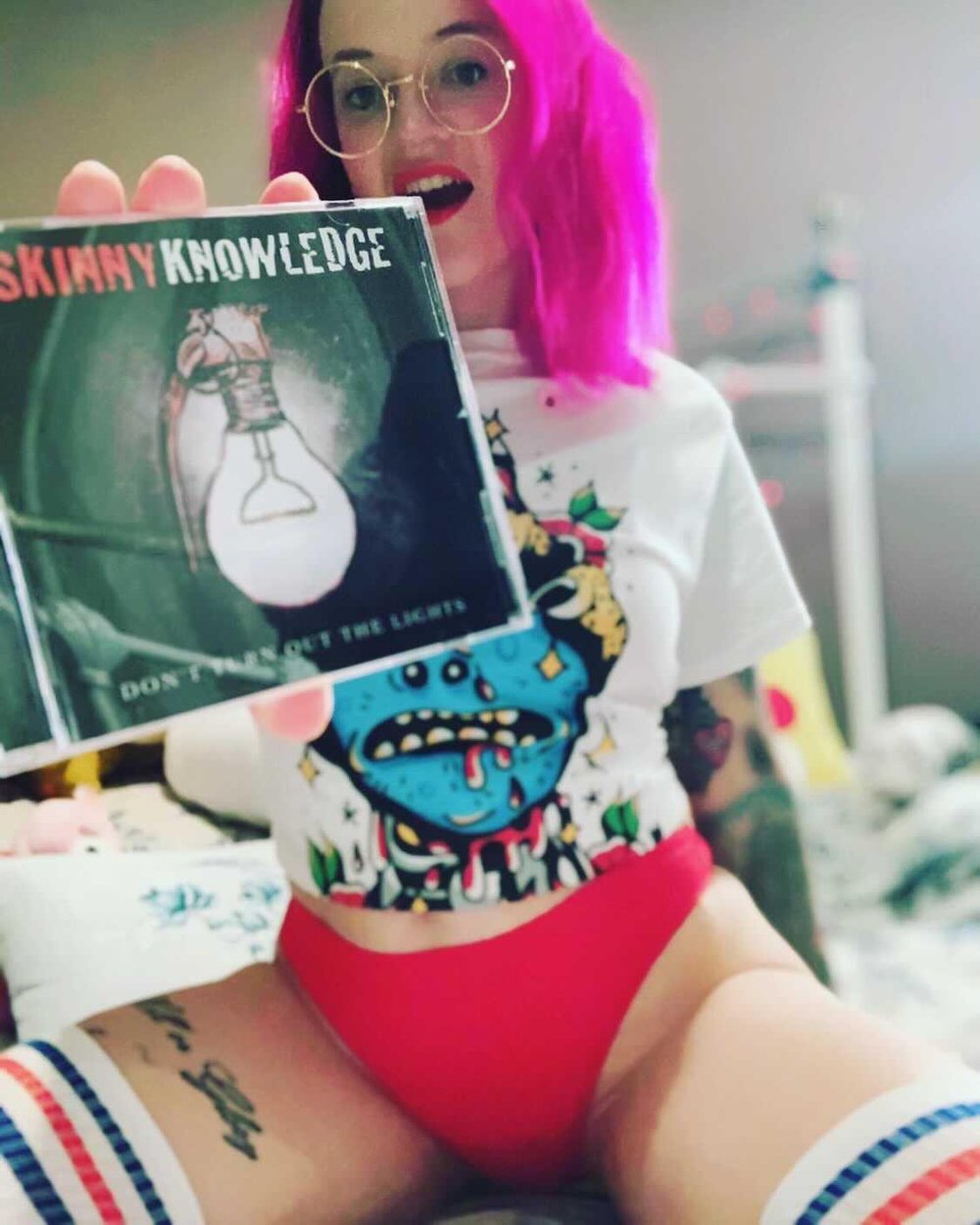 THIS IS A PRESALE ITEM TO BE POST MONDAY 8TH MARCH.

Skinny Knowledge are a brand new, raucous 4-piece rock band from the South of England, founded in 2020 by lead singer and guitarist, Andy L Smooth.

Following the departure and end of previous bands and endeavours, Andy wrote and recorded his first home demo in early September 2019, and has since gone on to write and record every part of the full length, 14 track, debut Skinny Knowledge LP ‘Don’t Turn Out The Lights’, set for release 5th March ’21.

“You may not know them yet, but trust us; you'll like this. The brainchild of Bournemouth four-piece Skinny Knowledge, Keep Me Out Of It pops out at you with the sort of no-brainer chorus seldom seen since the halcyon days of Green Day and Sum 41 (fizzed up with a dash of Eureka Machines-y sweetness). Tight, bouncy and ballsy. You’ll be singing along to the chorus like a happy addict before you can say ‘Fat Lip’.” - Classic Rock Magazine

“If ‘Imagination’ is the appetiser, then the album is a three-course meal, a bottle of fine wine, a cheeseboard and a romp in the hotel afterwards to boot… The songs are varied, the choruses huge and the rock and roll spirit is written through the album like a stick of rock. Skinny Knowledge are here to deliver!” - Gareth Endean, Emerging Rock Bands Magazine

“There are no filler tunes on the album… An excellent debut release!” - Will, Two Finger Media

“It’s certainly one of the best debut albums I have heard from any band in a very long while, the only difficulty I have with this is how they can possibly follow something that is so good.” - Dave Chinery, Rock Regeneration

Working alongside renowned rock and metal producer, Lewis Johns, at The Ranch Production House, the debut album stands up fittingly along side its major influencers. The band's sound captures the energy of the raw and raucous, early 90's grunge and pop-punk scenes, that has been missed in recent years, reminiscing the likes of Foo Fighters, Green Day, Nirvana and Sum 41. With thundering drums, roaring guitars, and powerful vocals, Skinny Knowledge are ready to scream their way to setting a new bar for rock n’ roll.

Skinny Knowledge released their debut single, ‘Imagination’, on 13th November. The song was premiered on BBC Introducing Solent on 31st October. Within its first month of release, ‘Imagination’ racked up nearly 40,000 streams on Spotify, as well as triggering Discover Weekly.

The band’s second single, ‘Keep Me Out Of It’ was released on 15th January, and has been played on the world-famous Kerrang! Radio, as well as XS Manchester, Amazing Radio, ERB Radio, and many more. The single was also nominated for Classic Rock Magazine’s ‘Tracks of the Week’ up against the likes of Foo Fighters and Royal Blood. ’Keep Me Out Of It’ has been well received and shared around the world through Spotify, hitting 40+ playlists, and also triggering Spotify’s Discover Weekly.

Off the back of the success from the first two singles, Skinny Knowledge has been featured in the Bournemouth Echo, as well as renowned Powerplay Rock and Metal Magazine, and Emerging Rock Bands Magazine. The album has been reviewed by many, all coming to the same conclusion, that this is a ‘must have’ album for any rock/pop-punk fan.

Providing live music returns to some form of normality in 2021, Skinny Knowledge will be heading out on the road, starting with an album launch show in the band’s hometown, Bournemouth. Date TBC. The debut album ‘Don’t Turn Out The Lights’ is released on 5th March 2021.